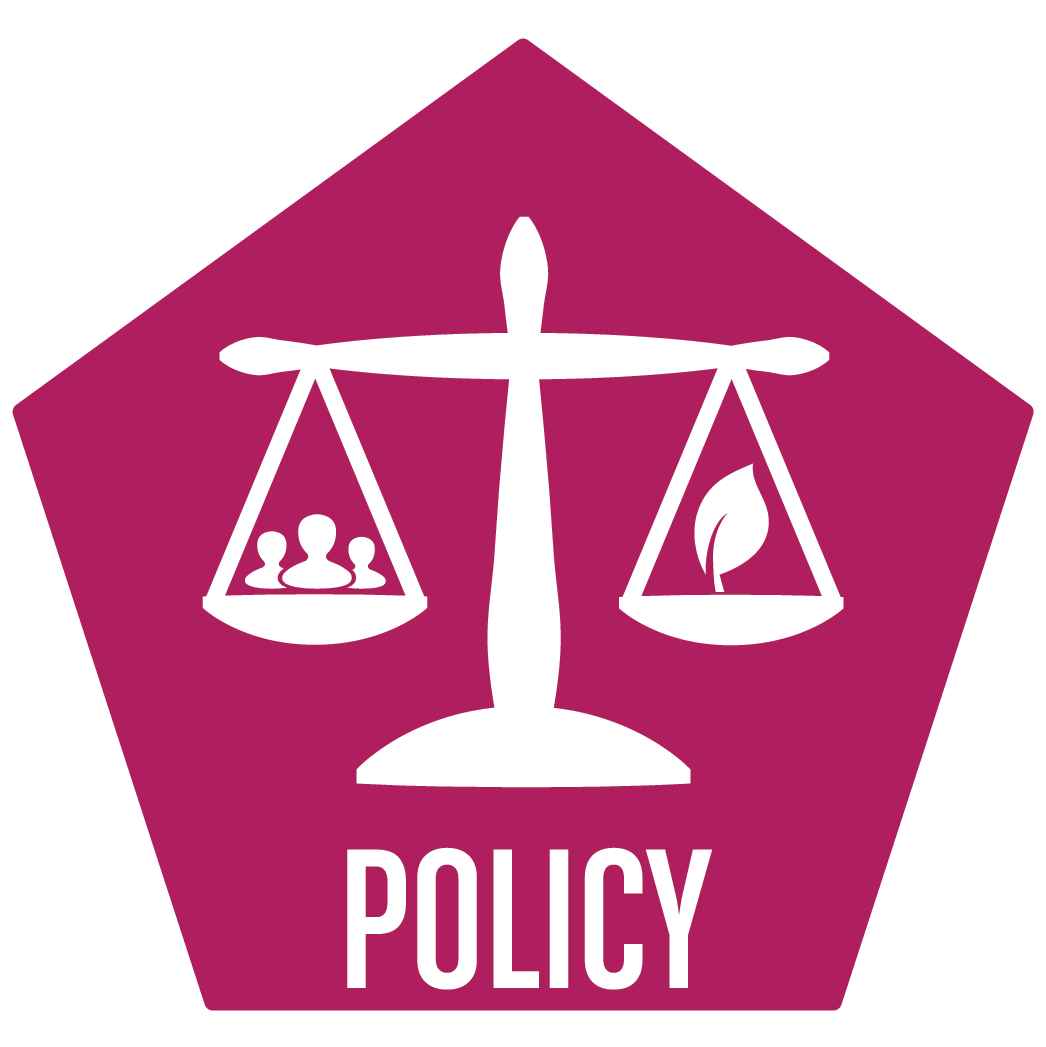 Key Message: Florida’s current stormwater regulations were adopted in the 1980s, and research has shown that conventional stormwater treatments do not meet nutrient removal standards. Comprehensive updates, incorporating new data and new treatment technologies including green infrastructure, have been completed but not adopted. Enactment of new stormwater treatment rules is urgently needed to address nutrient-impaired waterways.

Florida’s stormwater regulations are largely based upon science from the 1980s. As a result, permitting criteria rely upon a presumption that discharges from systems designed in accordance with these criteria will meet water quality standards. In fact, best management practices (BMPs) by themselves do not reduce nutrients to target levels. Meanwhile, the number of water bodies designated by the state as impaired for nutrients has continued to increase and local economies and environments have been plagued by harmful algal blooms of increasing extent, duration, and severity. As stormwater is the primary conveyor of nutrients from anthropogenic sources, updating stormwater regulations based on the most recent scientific information is essential for effective nutrient management.

Florida stormwater rules were first adopted in the 1980s with the goal of reducing stormwater pollution (primarily in the form of total suspended solids/particulate sediments) by 80% for most Florida waters, and up to 90% for specially designated Outstanding Florida Waters (Chapter 62-40, F.A.C.). These rules presume that if prescribed stormwater BMPs are designed, constructed, and operated to meet and maintain certain standards, then discharges from development activities will not result in a state water quality violation. Conventional stormwater BMPs presumed to meet water quality standards typically include dry vegetated retention (swales) and wet detention (ponds).

However, over time, research has shown that wet detention ponds in particular do not — and cannot — by themselves attain an 80% reduction in nutrients, particularly nitrogen. Specifically, wet detention ponds typically reach a point of diminishing return at about 40% removal for nitrogen (Harper, 1999). With a growing number of Florida water bodies designated as nutrient-impaired, the Florida Department of Environmental Protection (FDEP) embarked on a collaborative decade-long research effort to update the stormwater rules based upon the most recent science. The effort involved all five state Water Management Districts (WMDs), the state university system, and the science community. It culminated with the 2010 FDEP release of an updated Draft Statewide Stormwater Treatment Rule and Draft Stormwater Quality Applicant’s Handbook (FDEP 2010). The new rules were scheduled for statewide public hearings prior to anticipated adoption in 2011. The Draft Stormwater Quality Applicant’s Handbook included many provisional or “green infrastructure” BMPs, which could be combined to create a BMP “treatment train” for cumulative nutrient reduction (see Chapter 6.2) (Figure 6.3.1). 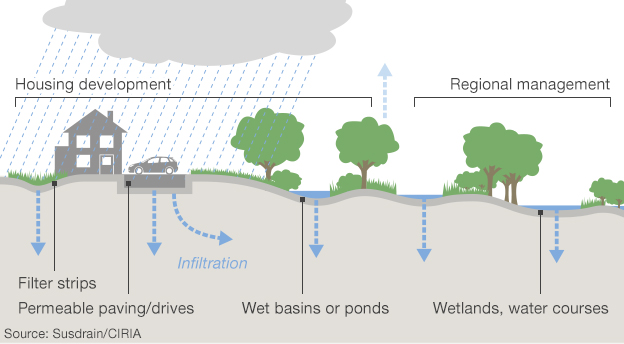 In the context of the slow recovery following the 2008 economic downturn, the new stormwater rules and associated public hearings were indefinitely tabled. Meanwhile, the number of water bodies impaired for nutrients has continued to rise. Fifteen Sarasota County area bays and creeks are in violation of water quality standards due to nutrient pollution (FDEP 2018). Coastal communities have been damaged economically and ecologically by periodic harmful algal blooms. A severe, extensive, and prolonged red tide outbreak occurred in 2018. All three City Councils in Sarasota County unanimously and independently adopted Resolutions requesting the resumption of the public hearing and adoption process for the Statewide Stormwater Treatment Rule.

Locally, Sarasota County and the municipalities of Longboat Key, Sarasota, Venice and North Port have land development regulations that reference existing FDEP stormwater rules as well as stormwater system criteria implemented by the Southwest Florida Water Management District (SWFWMD) through its Environmental Resource Permit (ERP). Depending on the geographic region, an estimated 50% to 85% of ERP applications for stormwater systems in Florida propose discharges to an impaired water body. At the direction of FDEP, these ERP applications must demonstrate a “net improvement” to the receiving surface waters. Although not yet vetted and adopted, the Draft Stormwater Quality Applicant’s Handbook is typically used by the WMD and the regulated community to demonstrate “net improvement” for nutrient impairment.

Sarasota County Government developed a comprehensive green infrastructure (LID) manual that provides detailed guidance for design of high-performing stormwater treatment systems (Sarasota County 2018a). The county‘s development code allows but does not require or recommend them. The City of North Port encourages or requires green infrastructure practices and treatment trains for private developments. Unfortunately, even updated land development regulations will not curb ongoing stormwater pollution from older developments with no or low-functioning systems (see Chapter 6.4). 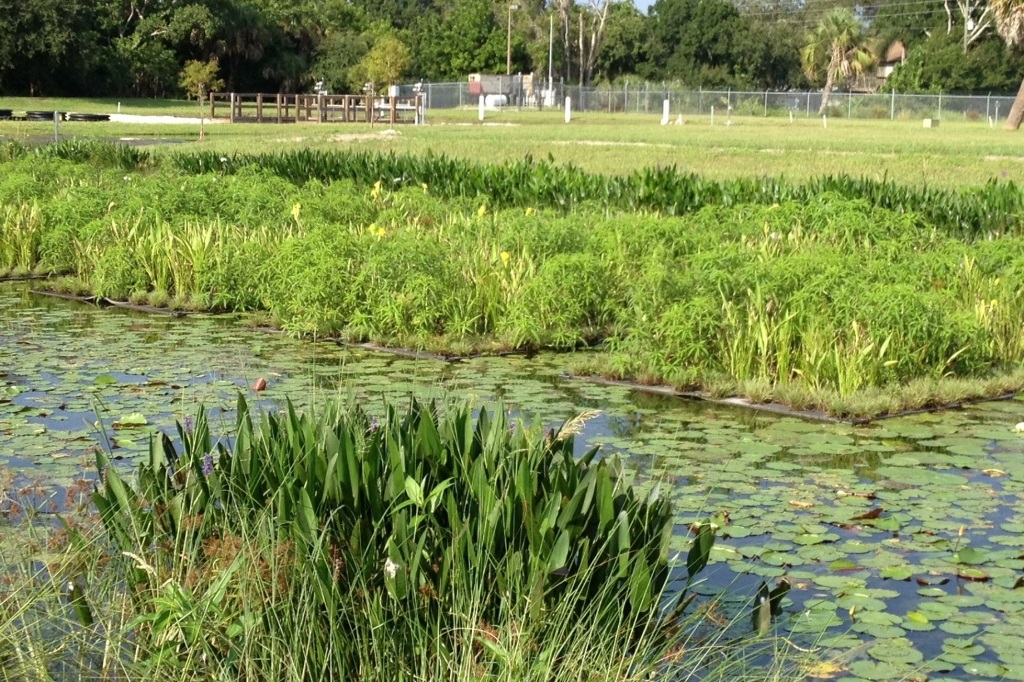 In 2019, Florida’s Governor directed FDEP to adopt stormwater rules that reflect the most up-to-date science on BMP efficiency. The Clean Waterways Act (2020) requires FDEP and the WMDs to update stormwater rules, including updates to the Stormwater Quality Applicant’s Handbook for Environmental Resource permits, using the most recent scientific information available for stormwater design and operation.

Support for FDEP’s rulemaking process is important since the number of water bodies designated by the State as impaired for nutrients continues to grow, and since this Draft Handbook is already being used when ERP applications for land development propose to discharge to impaired water bodies. Since the proposed rules will likely require legislative ratification due to their potential economic impact, educating and engaging lobbyists as well as public interest groups to attend and speak at committee meetings and visit legislator offices is important. Increasing funding support and capacity for the existing coalition of environmental organizations who jointly advocate for water quality issues could increase the likelihood of the measure being adopted into law (see Chapter 9.1). A coalition of business interests, such as the Southwest Florida Alliance of Chambers, advocating for the updated rules could be especially effective.